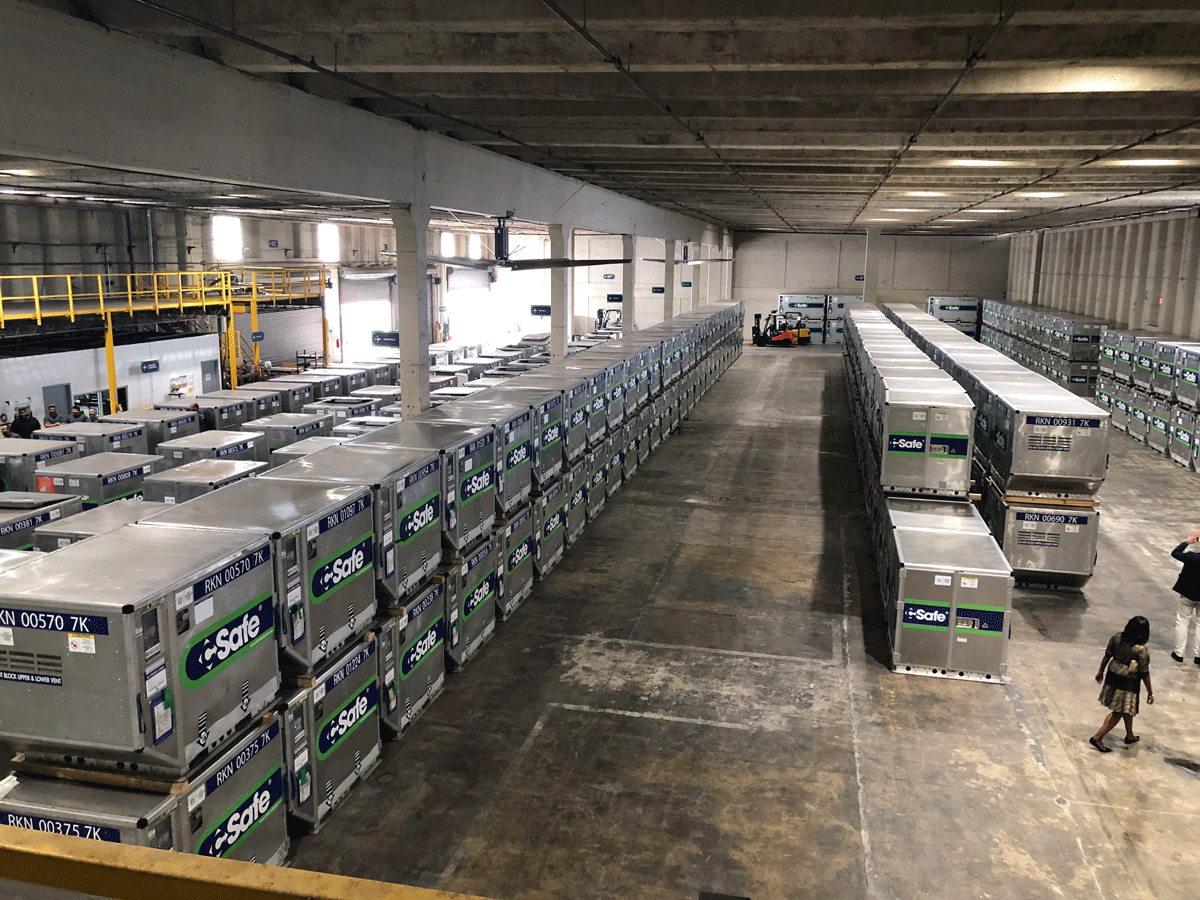 CSafe Global has once again expanded their facility in San Juan and hosted a grand opening celebration for customers. With a large contingent of employees on the island, the organization used the opportunity to raise and donate funds to support residents displaced by the ongoing earthquakes.

CSafe Global, the innovation leader in active temperature-controlled container solutions for the transport of life-enhancing pharmaceuticals, hosted customers and employees at the grand opening of a 31,000 square-foot service center facility in San Juan, Puerto Rico (SJU). Nearly three times larger than the previous facility, the new service center will accommodate the ongoing demand for CSafe’s specialized air cargo containers for pharmaceutical shipments to more than 100 countries.

CSafe has been part of the San Juan community since 2014 when a local partner began warehousing these temperature-controlled containers. In 2016, the company decided to invest in its own facility and moved in to the 12,000 square-foot space in April of that year. The company has grown exponentially in the last three years putting significant demand on the SJU service center, and the company once again decided to invest in a larger, more streamlined operational facility where the CSafe team could better serve customers.

“We’re thrilled to continue growing in San Juan and are excited to see the new opportunities we’ll have to improve efficiency and expand the business even further. As with all of our service centers, this new facility will ensure our RKN and RAP containers operate at top system performance, keep temperatures precisely where they need to be for our customers’ life-saving cargo,” said Tom Weir, VP of Global Operations at CSafe Global.

In addition to the grand opening event, interim CEO, Patrick Schafer also announced that the company will make a significant donation to a local charitable organization to assist in efforts to support local residents displaced by the ongoing devastating earthquakes. This is not the first time CSafe has stepped up to help in the area. Following Hurricanes Irma and Maria, the company chartered several cargo planes and an Antonov to deliver extra containers to the island to ensure life-saving medicines reached their destinations. CSafe also moved employees and their families into safe housing for several months while homes were repaired.

“CSafe is committed to customers, employees and to the communities where we operate,” said Schafer. “Our mission is to provide peace of mind and helping our neighbors in times of need is absolutely essential in that effort. I can only hope that what we’ve have provided will offer some comfort to residents during this challenging time.”

CSafe service centers put all RKN and RAP systems through an industry-unique Preventative Maintenance Rebuild (PMR) program to certify optimal operational performance. This protocol goes a long way in providing peace of mind to CSafe customers, while delivering on the CSafe promise to protect what matters most to pharmaceutical companies, so patients can receive what matters most to them.